This Enki is a relatively short-headed diver, and although it can be run off the rod-tip as a short bait, it is much better known as a rigger bait and as a bridge teaser. Made with plenty of weight, it is a noisy splasher that can dive, with a big throbbing bubble-trail. Its small double-tapered head ensures plenty of good hook-ups and with its added weight this active lure can be run in some surprisingly rough water.

The two positions where the Enki runs best on most boats are on the long corner and up in the short rigger  - this is due to a large surface area of face, which displaces and holds the water well. In big fish country it makes a very good long rigger bait when heavier leaders keep it up in the wake. It excels in most flat to moderate conditions and can be run effectively up to 12 knots or so. There are sizes to fit 20 - 130lb tackle, and it is also available as a #80 size teaser.

Since it first came out in 1999, the Enki has gained a real cult following in some areas, especially New Zealand, Australia, the Caribbean and the Atlantic islands. It has caught hundreds of big marlin from Ascension to the Bahamas, Mozambique to Bermuda and is a favourite of many captains in the east Atlantic, notably Madeira and the Canaries. It has at least three granders to its name. 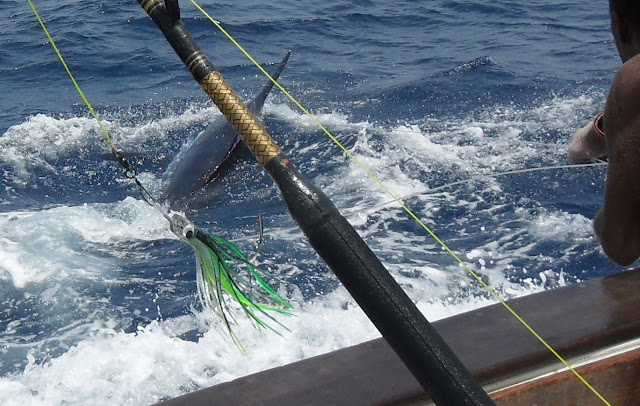